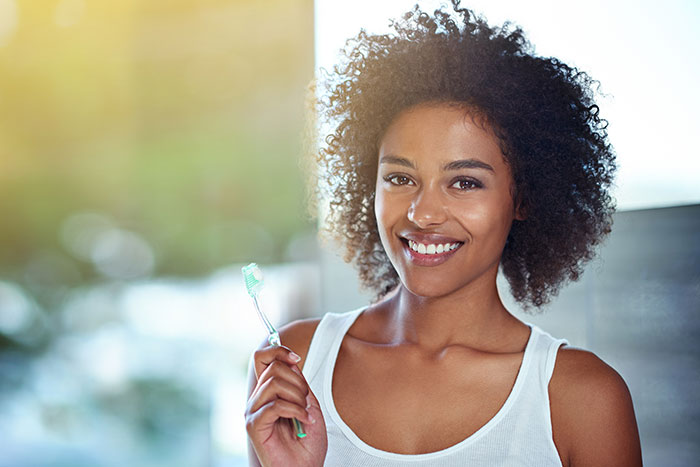 Periodontal disease (also called periodontitis and gum disease) has been linked to respiratory disease through recent research studies. Researchers have concluded that periodontal disease can worsen conditions such as chronic obstructive pulmonary disease (COPD) and may actually play a causal role in the contraction of pneumonia, bronchitis, and emphysema.

Periodontal disease is a progressive condition which generally begins with a bacterial infection. The bacteria found in plaque begin to colonize in gingival tissue, causing an inflammatory response in which the body destroys both gum and bone tissue. The sufferer may notice the teeth “lengthening” as the gums recede while the disease progresses. If left untreated, erosion of the bone tissue brings about a less stable base for the teeth, meaning loose, shifting, or complete tooth loss. There are a number of different respiratory diseases linked to periodontal disease. Pneumonia, COPD, and bronchitis are among the most common. Generally, bacterial respiratory infections occur due to the inhalation of fine droplets from the mouth into the lungs. COPD is a leading cause of death and should be taken very seriously.

Reasons for the Connection

The fact that respiratory disease and periodontal disease are linked may seem far-fetched, but there is plenty of evidence to support it. There are many reasons these two diseases are linked and various ways to prevent the links from even occurring.

Major Links Between the Diseases

When respiratory disease and periodontal disease are both diagnosed in one individual, it is important for the dentist and doctor to function as a team to control both conditions. There are many non-surgical and surgical options available, depending on the specific condition of the teeth, gums, and jaw.

The dentist is able to assess the extent of the inflammation and tissue loss and can treat the bacterial infection easily. Scaling procedures cleanse the pockets of debris and root planing smoothes the tooth root to eliminate any remaining bacteria. The dentist generally places antibiotics into the pockets after cleaning to promote good healing and reduce the risk of the infection returning.

Whichever treatment is deemed the most suitable, the benefits of controlling periodontal disease are two-fold. Firstly, any discomfort in the oral region will be reduced and the gums will be much healthier. Secondly, the frequent, unpleasant respiratory infections associated with COPD and other common respiratory problems will reduce in number.

Osteoporosis Connections
Periodontal disease is characterized by a progressive loss of supportive gingival tissue in the gums and jawbone. It is…

Increased Risk
Researchers have shown that periodontal disease in expectant mothers actually exposes their unborn child to many different risks,…

Read More
Recent Posts
Categories
Back to the top